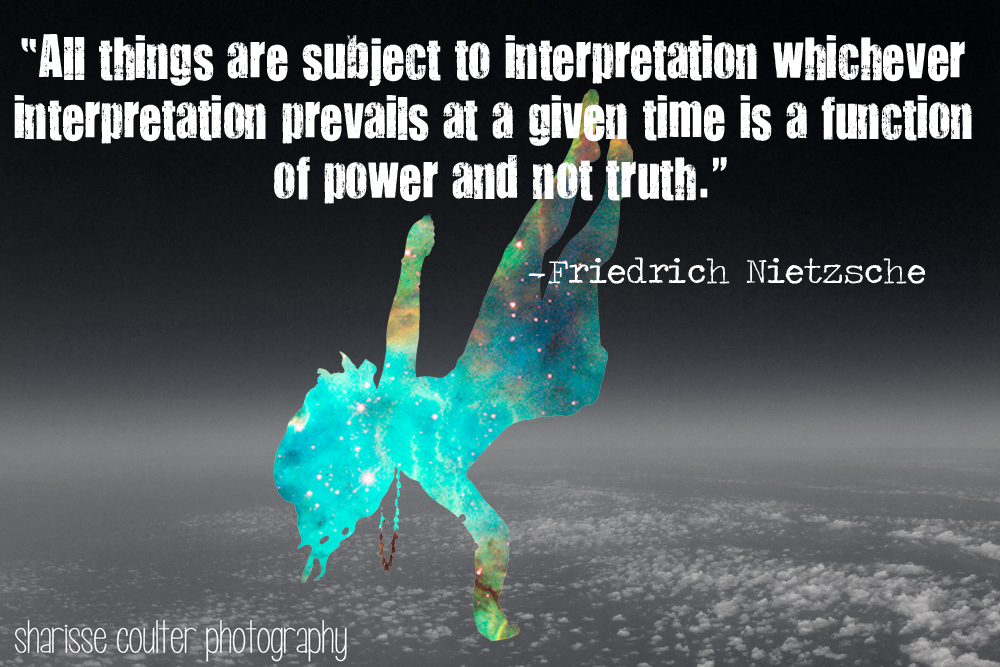 For anyone who knows me this may seem an unlikely statement for me to make. But don’t worry. It doesn’t represent a seismic shift away from my ideological center. What it does represent is the acknowledgement and gratitude I feel for my worst fears coming true. And that, in turn, setting me free.

It started innocuously enough. I spent my childhood as a tomboy surrounded by brothers and generally uninterested in most of the “girly” things I encountered. I preferred climbing trees and playing in the mud to dolls or playing house. And mostly that was fine—encouraged even.

Looking back, there were small tells, like when I outperformed my soccer coach’s son and suddenly they wanted to separate us by gender. But for the most part I got to exist in a space wherein I was cute enough, social enough and athletic enough to avoid bullying throughout my childhood and adolescence. I mostly just skated through.

I was often told I had a lot of “potential” yet never offered any specific encouragement. I wasn’t told I was “bad” at anything either, though I was subtly pushed away from both math and science, even when my grades didn’t reflect that discouragement.

None of that really bothered me though, because I have always been a person with my own point of view and a clear idea of how I wanted to do things. (This is a trait that has been pointed out to me many times in a not-so-flattering tone.) Mostly, the more I was left to myself, the happier I was.

But a funny thing happens when you’re a girl in this society. In countless ways, subtle and overt, we are pushed to mold ourselves into the Ideal Woman.

The Ideal Woman (for anyone who doesn’t know) is first and foremost hot. She’s thin, but still curvy. She is always well put together but doesn’t care about shopping or makeup. She’s athletic, but doesn’t have any gross muscles that look “manly.” She’s smart, but not smarter than her male peers. She’s sassy and opinionated when you first meet her, but demures into adoring acquiescence once a man has chosen her for his own. She isn’t offended by dirty jokes or swearing, but she doesn’t really need to swear. It’s not ladylike, after all. She has interests of her own, but never hesitates to push those aside in order to support her man. She’s adventurous, but still needs a guy to build her a fire and navigate the trail. She’s successful, but earns less than he does. She’s talented, but never outshines him. She’s sexual, but not slutty. She loves him for exactly who he is, warts and all, but she knows it’s her responsibility to keep him attracted to her. She’ll work out and “get that body back” as soon as possible after growing a human inside of her. And she’s never too tired to give her man love and affection when he’s had a long day. She never bothers him with her own complaints because he’s tired. It’s not his burden to bear. No matter her career aspirations, she is an entirely devoted mother, never resentful of her needs falling further down the priority list. And did I mention? She’s really hot.

In some capacity, we all feel the pressure to live up to this mythological impossibility of Barbie proportions. But it’s not as simple as caring what others think. It’s not something we get to reject outright. Because the desire to fit in is not mere peer-pressure. Belonging to one’s social group, according to all of human history, has meant life. Excommunication has meant death. That is why, when we are told that we aren’t measuring up, it triggers a fear response. What do we need to do in order not to be excommunicated? We’ll do anything! And once that fear is triggered, we are easily manipulated.

So back to Trump and the GOP. Like most people in this country, this past election felt like a death to me—the death of the country I thought I’d grown up in. I had to give myself time to mourn. I went through the 5 stages: Denial (no, this can’t possibly be happening. Surely there’s been a mistake!) Anger (lots of swearing and unproductive venting, feeling like everything I was taught about my country was a lie, etc.) Bargaining (But if he lost the popular vote and the Russians hacked our election, we can undo this, right? What about impeachment?) Depression (full on nihilism-—there’s no point to anything, why bother anymore? Fuck it. Fuck it all.) And finally, Acceptance. Like it or not, it is reality.

So a couple weeks ago I went go kart racing with my brother, Lee and Kai. They were the fast electric ones, not the mellower gas versions, which meant that Kai was too young to race with us. I didn’t really want to go, but I knew my brother would give me crap if I didn’t, so I said yes anyway. Our race consisted of the three of us and three other middle-aged men I’d never met. The employees went over the rules (no bumping, no reckless driving) and then we put on our helmets and got behind the wheel.

The first lap was uneventful, but on the second, one of the guys I didn’t know smashed into the back of my kart at full speed. It shocked me and I looked up at the guy who hit me, who clearly thought it was my job to have gotten out of his way. I looked to the guy waving the flags, but he didn’t hold up the red one—the one indicating that the rule breaker was kicked off the track. On a third lap another guy bumped me from the side and still, nothing from the flag guy.

When the race finished I was in pain. I realized I was going to cry and, not wanting Kai (or anyone else) to see, I went to the bathroom. I felt like I’d been in a car crash. I was in shock. And then I felt anger. I was angry that these guys weren’t being held accountable for breaking the rules. No one cared that they hurt me. No one protected me. No one enforced consequences. What good are rules if no one enforces them?

That was when it hit me. This experience was a microcosm of what the election felt like to me. I was raised to believe I could do anything. I could be anything. If I generally adhered to the societal norms, I would be protected. The rules applied equally to everyone.

But here I was, hiding in a bathroom stall, crying, trying not to make it anyone else’s problem.

Two weeks later I’m spending money on acupuncture, a chiropractor and a masseuse in order to treat my whiplash so that I can work again. I abided the rules. I trusted that I was safe—that if everyone operated within the system everything would work out, it would be fun.

But instead, by not listening to my own instincts and trusting that people generally respect and enforce rules for everyone’s safety, I was reminded that it is all a lie. They didn’t hesitate for a second to push me out of the way. Even when they broke the rules, no one held them accountable. And now I’m in pain and my bank account is a lot lighter as I’ve dealt with the very real consequences. I no longer have a reasonable expectation of protection by those rules.

The election of a liar, a self-professed sexual predator, a man with no concern for anyone or anything beside himself is the antithesis of everything I was taught my country represents. The GOP going along with it and not holding the highest office in the land to even a kindergarten level of civility and integrity is not what I was taught my countrymen do. I was told that they were brave. That they were honest. That they chose the right path over the easy one. I was told that they cared about me.

But they don’t. When I see a group of all white men locking themselves behind closed doors to shove through a secret health care bill that dictates what I can and can’t do with my body I am reminded that this is not what I was told would happen. I was told they cared about me, respected me, loved me. Because these are the men who raised me, coached me, taught me. The disillusionment I feel is significant.

But by making their disdain and condescension undeniable, they actually did me a huge service. So thank you. I can now release my biggest fear.

The system didn’t work for me. I am on my own. And because of that I can stop lessening myself in order to preserve their egos. I can stop laughing at their sexist jokes. I can be opinionated and intelligent and talented and unladylike and even (gasp!) gain or lose weight and still like myself. I can dress up or wear pajamas all day. I can do whatever I goddamn please because I. Am. Free.

And I wish that I could say that I will now go out and change the world. That I will inspire my fellow women to let go of the fear and lean fully into being their amazing, wonderful, smart, funny, talented, weird, gross, beautiful selves. Maybe I will. Maybe I won’t. I’m not clairvoyant and that’s not the point. The point is that I can guarantee that in all the rest of the days of my life I will be fully, fearlessly, unapologetically me. It turns out, that’s the freedom I was seeking all along.